On lap 65, in an attempt to maintain his substantial gap, the leading Brazilian pushed too hard and spun into a barrier at Portier, handing the lead to team mate and title rival Alain Prost. Senna was visibly distraught; rumour has it he retreated to the confines of his nearby apartment and was found hours later sobbing in self-pity and anger.

Elio de Angelis died after a fiery accident during testing at Paul Ricard in France. The rear wing of his Brabham detached at high speed causing his car to cartwheel off the circuit and over the crash barriers.

The initial impact itself was not fatal, but the lack of marshals at the test meant he struggled to get himself out of the burning wreck, later dying of smoke inhalation.

Nigel Mansell recalls the accident: “Alain Prost and I tried to get him out, but the car was crackling and exploding and there was just no way. Poor Elio had no chance.”

The tragic circumstances of his death weighed heavily on the sport’s conscience and FISA president Jean-Marie Balestre put in to action a number of measures to improve safety. De Angelis’ dashing good looks and boyish charm often led to such titles as ‘the last of F1’s gentleman racers.’

Additionally, his title bid in 1984, in which he disposed of a rising Nigel Mansell, and close rivalry with team mate Ayrton Senna in 1985 proved he was without a shadow of doubt a star beginning to show signs of shining truly bright.

Michael Schumacher won the first of his five Monaco Grand Prix victories just two weeks after the tragic deaths of two F1 pilots. Starting from pole, he took advantage of a first corner crash between Damon Hill and Mika Hakkinen to take a comfortable early lead. Martin Brundle eventually took second place in the McLaren after pitting at one stage to have rubbish removed from his sidepods, which was causing his engine to overheat. The Brit, clearly elated, was quickly deflated by team boss Ron Dennis – who belittled his achievement through the use of an old cliche; “second is the first of the losers.”

In addition, an enormous accident during Thursday practice for the same Grand Prix left Sauber driver Karl Wendlinger in a coma. The car appeared skittish heading into the harbour chicane and slammed into the barriers backwards at very high speed.

Sauber withdrew from the event as a result. Wendlinger made a full recovery, ultimately returning to his cockpit the following season. 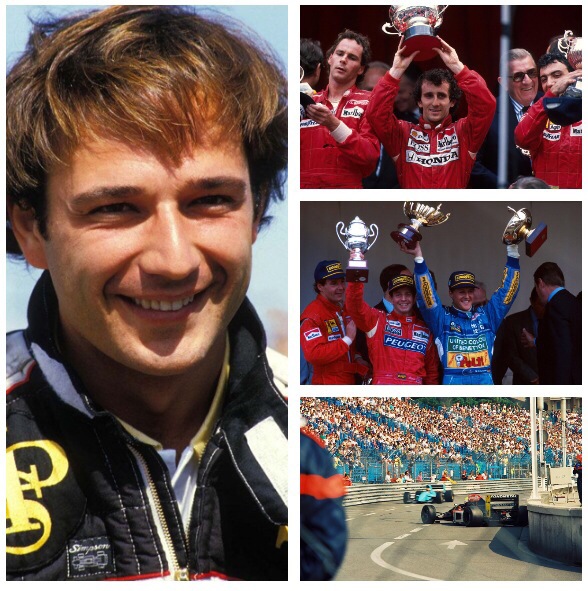 View all posts by 7ft James